7/5/2022 -
Come and join us in this special event to build awareness and educate people to the resources available in the community for suicide awareness. Silent

Hocevar Head of the Class, Burton Doubles Down on... 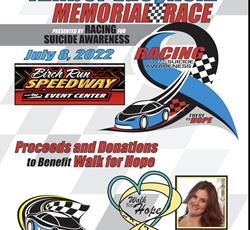 7/5/2022
Come and join us in this special event to build awareness and educate people to the resources available in the community for suicide awareness. Silent Auction 50/50 and special Sportsman Race organized by Findlay Family. Good Neighbor Towns of Gera, Bay City and Burt. Show...more 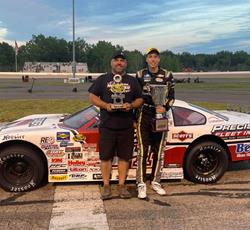 Hocevar Head of the Class, Burton Doubles Down on Firecracker 100...

7/3/2022
Round number two of the Triple Crown Series for the JEGS/CRA All Stars Tour rolled into Birch Run Speedway and event Center as fans filled the stands to celebrate America's birthday early with racing action and fireworks! The action got kicked off with Scott Clifford and...more 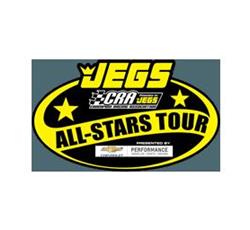 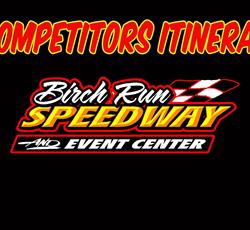 This Weekends JEGs/CRA Racing Schedule for July 1st and 2nd at B... 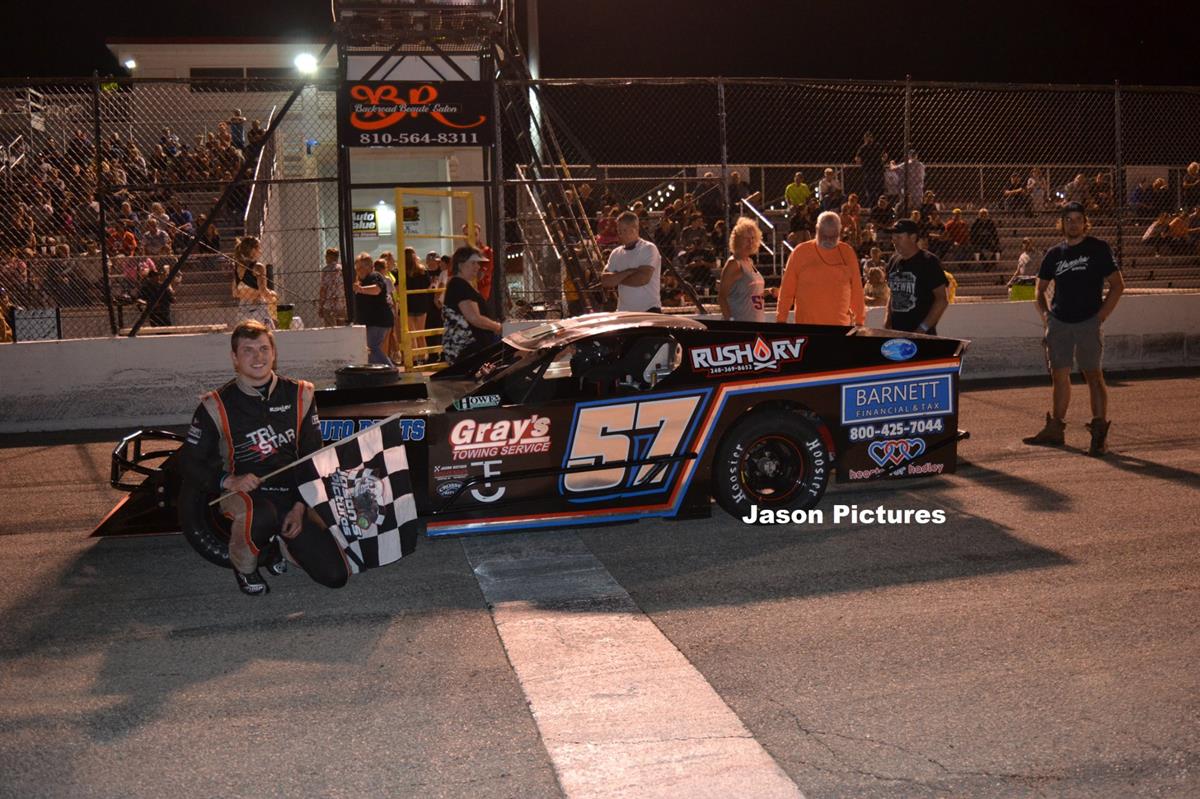 Friday night at Birch Run Speedway saw the kick off to the highly anticipated 2022 season with the running of the Friday Night Thunder Modified Series. The Drive Train Specialists Modifieds were featured with a big $2500 to win race and saw a stellar 19 car field tackle the 4/10 mile. During qualifying, it was current track record holder Trevor Berry sitting atop the speed charts with a 16.066 lap. With no heat races being run for the modifieds, the field drew for their starting spots and it was Blake Rowe and Donny Matteson Jr leading the field to the green flag. At the drop of the green, Rowe would charge to the lead with Matteson in tow. McManus and Berry, who started 11th and 8th respectively, started to move their way up through the field. One of the best battles of the night was between the 21 of Johnson, Scotty Lamp, Berry and Mcamanus for the 4th spot. The field was slowed for the blown engine of Jay Palumbo and then two laps after the restart, a scary wreck saw Robbie Johnson go into the turn two water barrels on the backstretch. Fortunately Robbie was ok. When racing resumed, Rowe chose the high line on the restart taking Matteson’s preferred line away. Rowe would then go on to score the win in his Rush RV #57 ahead of Matteson Jr, Nick Lechota, Nick Clemens (from the back after an early trip to the pits) and David McManus.

In preliminary action on the newly resurfaced ? mile, the All American Trucks were the lone class to test the new surface on this night and Greg Long III set quick time with an 18.535. Josh Delong took the lead in the first heat race from Jim Cudd and went on to claim the checkers over Cudd and Darby Christensen. In heat two, Paul Rigda would take home the win over JR Gokee and Greg Long. In the 25 lap feature, our 2021 track champion Josh Delong would power to the lead and fend off the challenges of Gokee to put his Pierson Rd. Muffler Man #067 in the winner's circle. Paul Rigda III finished in third followed by Jim Cudd and Gregory Long.

The Engine Pro Vintage Modifieds presented by Wyser Innovative Products made their first of four visits to the track and veteran Todd Cowan set the tone in qualifying with a 17.797 lap. Sean Simon garnered checkers in heat one over Brian Buekama and Mike Ouendag. Gene First would come in first in the second heat ahead of Dave Sensiba and Duane Debonte. Dave Sensiba would utilize some high-side moves to the front of the field to take the win in his Wyser Innovative Products #49 ahead of Shawn Simon, Todd Cowan, Duane Debonte and Gene First.

The MCR Dwarf Car Series normally runs on the ? mile, but decided to run the 4/10 mile and Matt Kemp would establish the track record for the dwarfs car on that configuration with a lap time of 16.648. Tory Lutz made the long haul from Indiana worth it with a checkered flag in heat one over Vaughn Chambless and Steve Chartrand. Kemp claimed the win in heat two over Troy Hoffman and Zack Nichols. In the 20 lap feature, Nichols and Kemp would put on a racing clinic as they battled for the top spot. At more than one point, the two were crossing the line side by side with only a .001 difference between the two! Kemp tried valiantly to get a run on the inside, biut Nichols and the Corrigan Oil #44 would hold him off for his first career MCR Dwarf Car Series win! Kemp settled for second ahead of Cei Bowen, Tory Lutz and Troy Hoffman.

On Saturday, it was set to be the makeup of the Cabin Fever 100 for the JEG’S/CRA All Stars Tour, and the first event in the Triple Crown Series presented by VanDoorn Racing Development and Birch Run Speedway, but mother nature had other ideas. Despite a valiant effort from track officials and drivers, the event was moved to a Sunday afternoon show. The DTS Modifeds were back in action, and David Mcmanus led the charge in qualifying with a 15.912 lap. In a features only night, McManus would power his Rat-Tech Engines #7 through the field and cruise to the win over Nick Clemens, Nick Lechota, Donny Matteson Jr and Rick Wiecorek.

Evan Shotko paced JEG”S/CRA qualifying with a 15.645 lap. The invert had Albert Francis and Dakota Stroup lead the field to green. The two would battle for the top spot for the first 27 laps before the first caution. Shotko would make his way up to third by lap 30 before the next caution slowed the field. Crump moved to the high side on lap 50 and secured second spot and began to track down Francis. Katie Hettinger made her way up to seventh by lap 58 after an early spin. Lap 65 would see Crump take the lead from Francis. Shotko and Stroup would make contact five laps later, and then again on 85 as Stroup saved it and Shotko scooted into second. Two cautions slowed the event within the last seven laps, and each restart would see Crump master the restarts from the outside to go on and take the win and the trophy in the #50 Crosstown Auto and Truck Parts Machine. Shotko, Stroup, Nick Egan and Francis completed the top five.

Getting their chance at the new pavement, the Street Stocks saw multiple drivers break the old track record of 16.082 that was previously held by Don Riley. At the end of qualifying it was Jeff Owens with the fastest lap of 15.634 that would establish the new record. The lineup for the $1,500 to win feature presented by Showcase Auto Sales had Lonnie Saumier Jr and John Leonard on the front row. Unfortunately multiple cautions throughout the event caused the event to exceed the allotted time and force officials to throw the checkered flag early. Saumier JR was leading and got to park his Maddens Lounge #M15 in victory lane. Adam Rowe, Jeff Owens, Duane Damon and Steve Pelky completed the top five.

In the Pure Stock class the track record was once again broken and it was Kyle Callahan breaking his track record from last season with a 16.968 lap time. Andy Shelters and Brent Voris led the field to green with Shelters gaining the early advantage. Side by side battles were being waged all over the track as drivers tried to make their way to the front. Andrew Burton and Hunter Doutre made their way to the front only to lose the battle for the lead to Lonnie Saumier Jr. Saumier tried to pull away, but Burton regrouped, and as the two headed into one nudged Lonnie up the track. The two went side by side down the backstretch until just before turn three when Saumier returned the favor and slid under Burton to take the win! Doutre got by Burton for second with Landon Hidy (hard charger from his 11th starting spot and an early spin) and Nick Johnston completing the top five.

The Applebee’s of Birch Run Sport Compacts had Milke Schmidt set the bar with a new track record of 17.711 to break the old record of 18.417 that was held by Jake Thompson. Abby Kolb and William Blohm paced the field to green and Kolb took the early lead. That lead was short lived as Jordan Gustin made his way through to take the lead. Gary Koepke came through the field to take the lead, but was given a speeding ticket for going under his qualifying time and sent to the back. Mike Schmidt and Craig Cummings had made their way from their 14th and 13th starting spots to battle for the lead. Cummings tried every line he could to get by Schmidt but had to settle for third as Koepke came back to nip him at the line. Schmidt parked his Midland Steel #53 in victory lane for his first Birch Run Speedway win with Jordan Gustin and Mike Koepke completing the top five.

Billy Luckhurst established the track record for the Applebee’s of Birch Run Pro Sport Compacts with a 16.330 lap on the ? mile. In the feature,2021 track champion Jason Jones would get by Cody Steinley and Pat Dent to take the early lead. Jones held the lead until Luckhurst got to the inside and would garner the checkers in his Lifestyles Hot Tubs #36. Jones, Dent, Robert Hankinson and Steinley finished out the top five.

The All American Trucks saw the same result in qualifying as all the other classes with Josh Delong breaking his record from last season with a 18.175. Zack Lopez and Paul Rigda led the field to the start with Rigda getting the advantage into turn one. The action was hot and heavy with the drivers battling for position and the top six being side by side and nose to tail for the first several laps. Gregory Long tried to get around Rigda to no avail and that opened the door for JR Gokee. Delong was hot on his heels, but Gokee ended up pulling away to claim victory in his Allstar Towing #70. Gregory Long, Anthony Richardson and Rigda were the rest of the top five.

The Motor City Core Figure 8 class closed out the evening, and despite having a rough go of it all weekend with a wreck on Saturday (practice) and Sunday during the Pure Stock feature, Anthony Williams would emerge victorious in his Rockstar Graphics #97.

This Friday will feature the first Eve of Destruction of the 2022 season at Birch Run Speedway. Push Cars, Pull Cars, Flag Pole, Back to School Bus Race, Power Wheels Race at Intermission (Powerwheels rules available on website.) Mile of Mayhem, Bus Figure 8's, and Trailer Fig 8's will highlight the night’s festivities. It’s also Good Neighbor Night for Genesee & Montrose. Genesee & Montrose residents show photo ID/Drivers license with zip code for free admission to this event! Advance tickets for this and all events at Birch Run Speedway and Event Center can be purchased at www.birchrunevents.com. 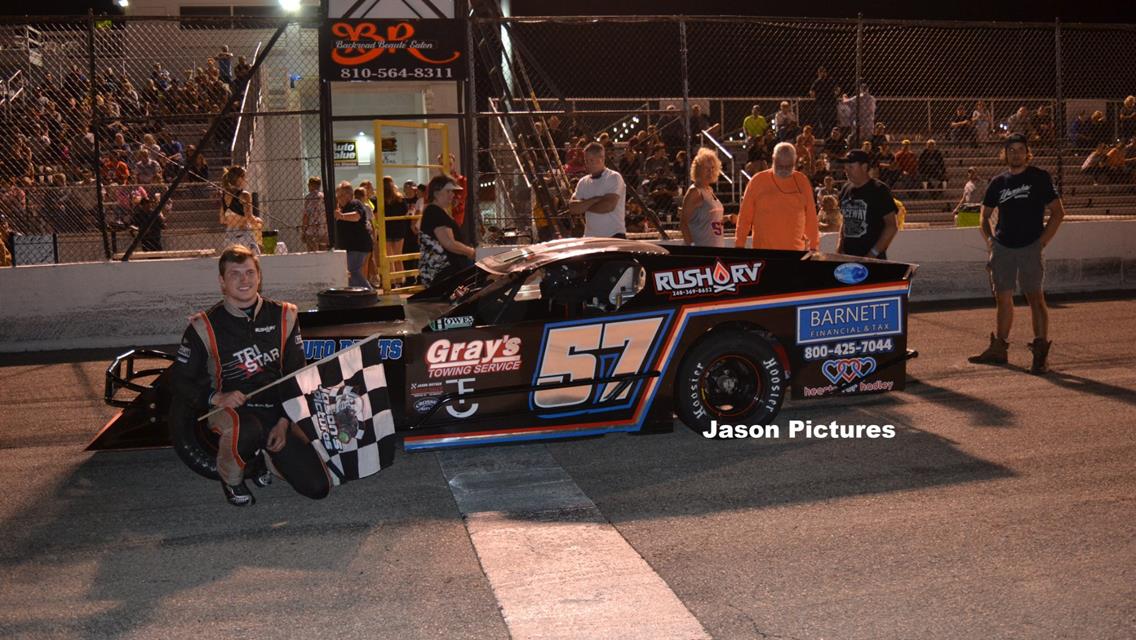 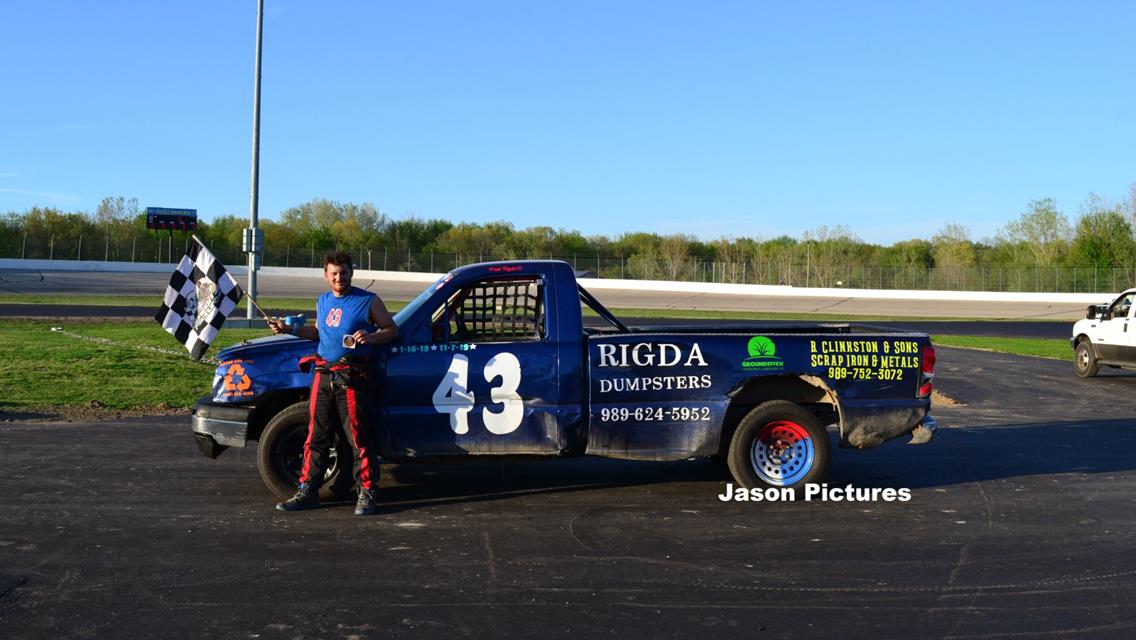 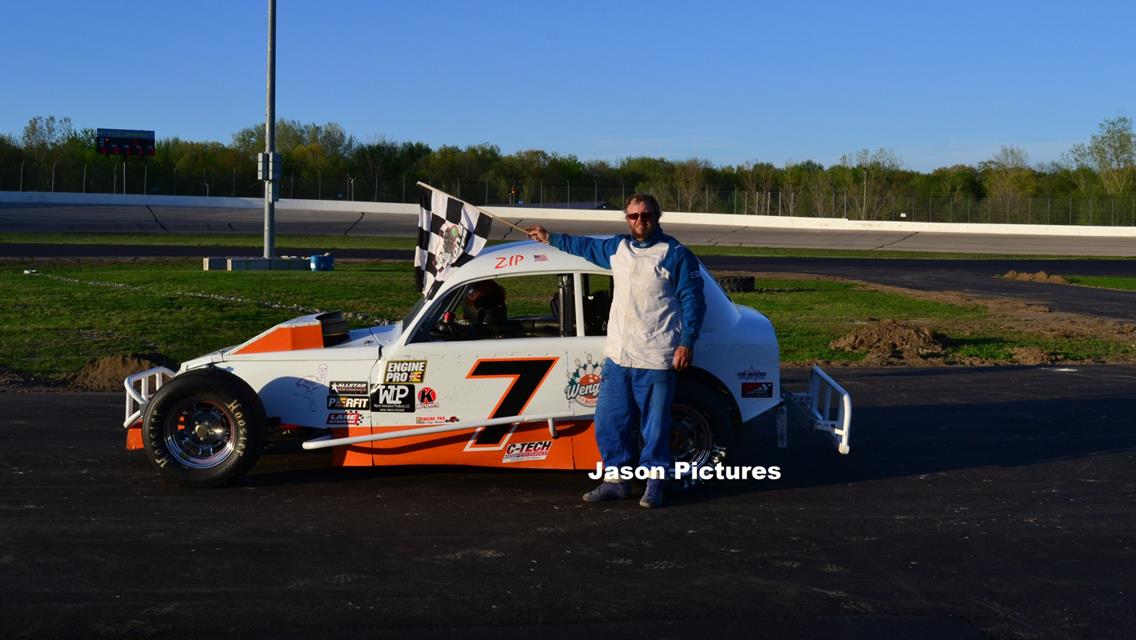 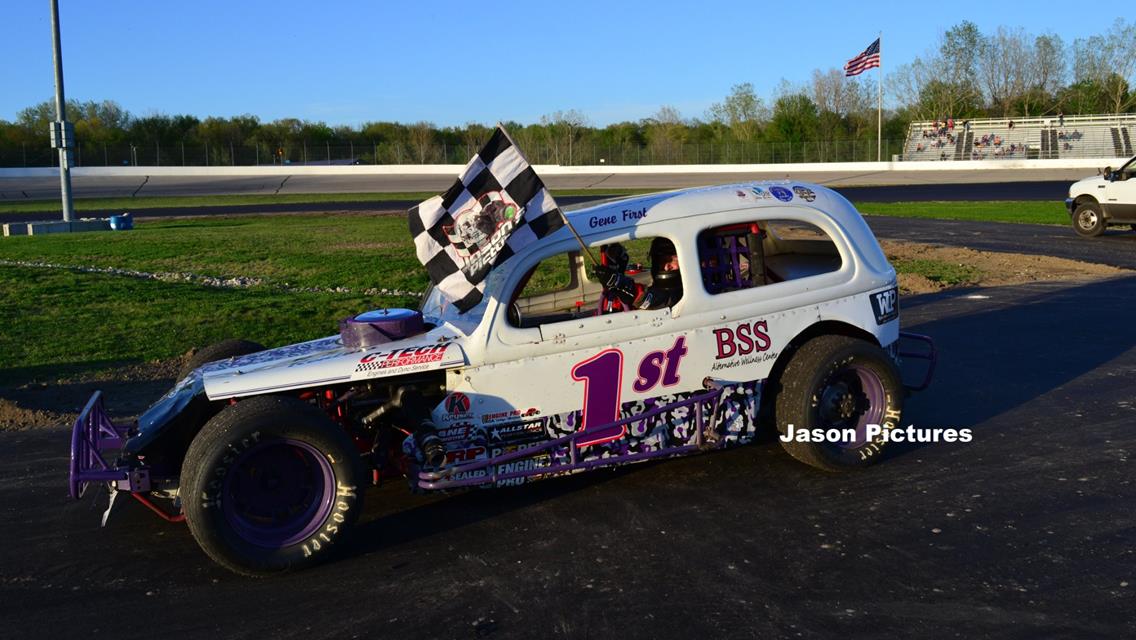 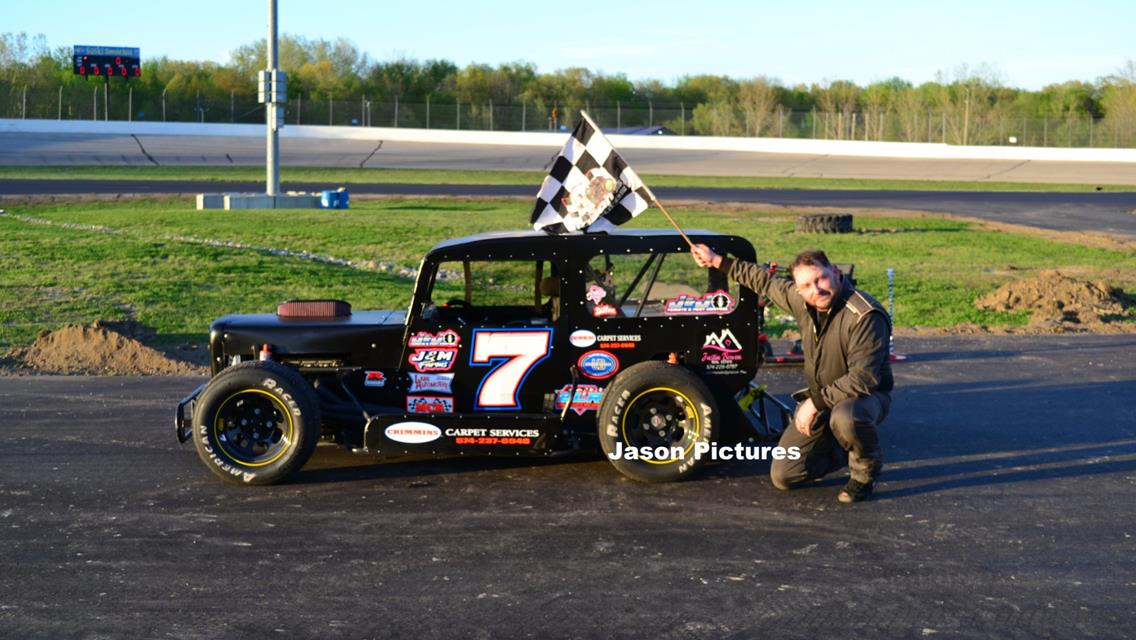 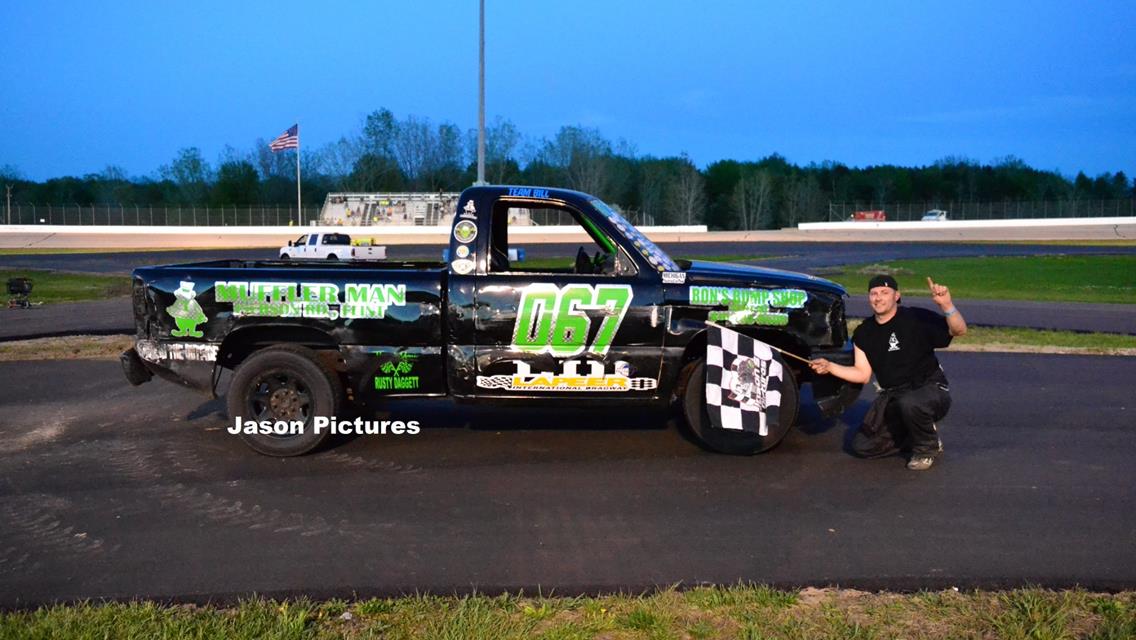 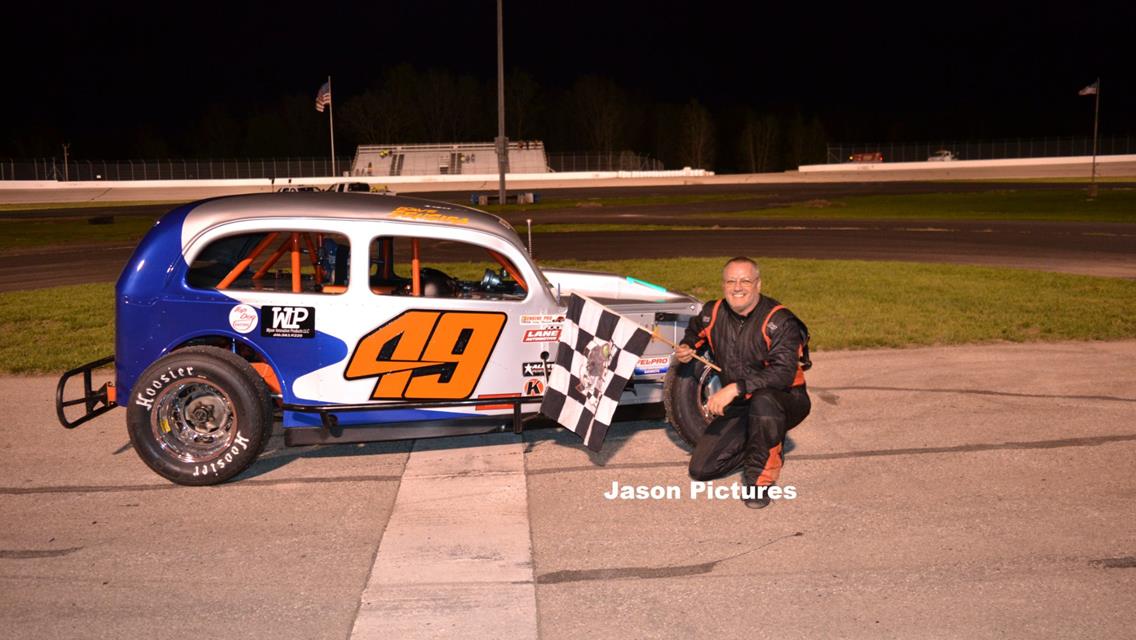 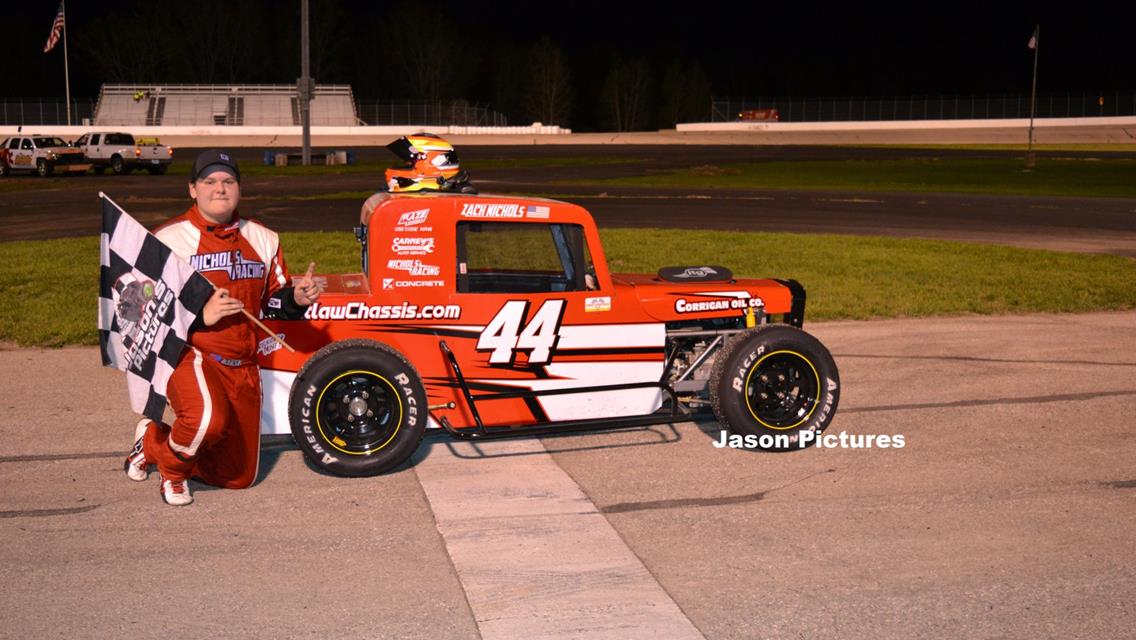 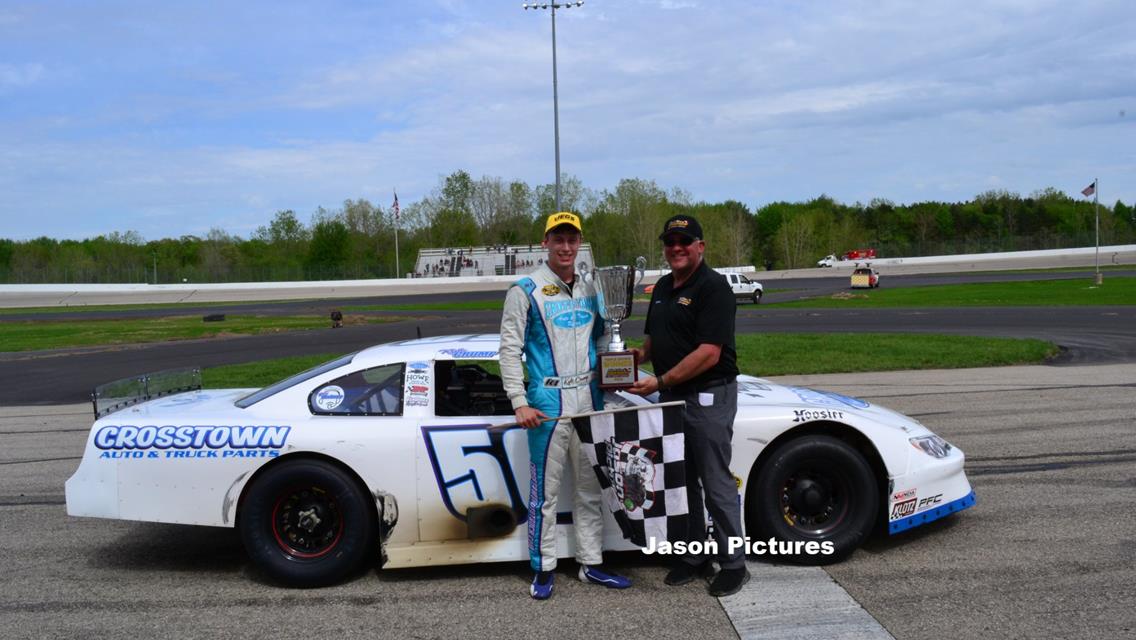 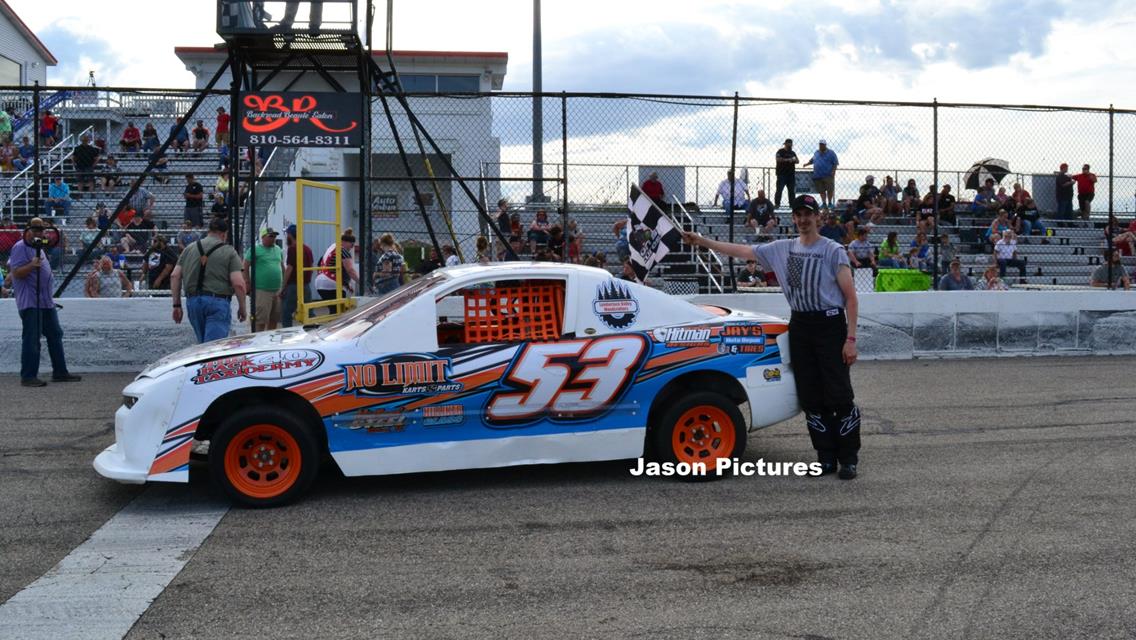 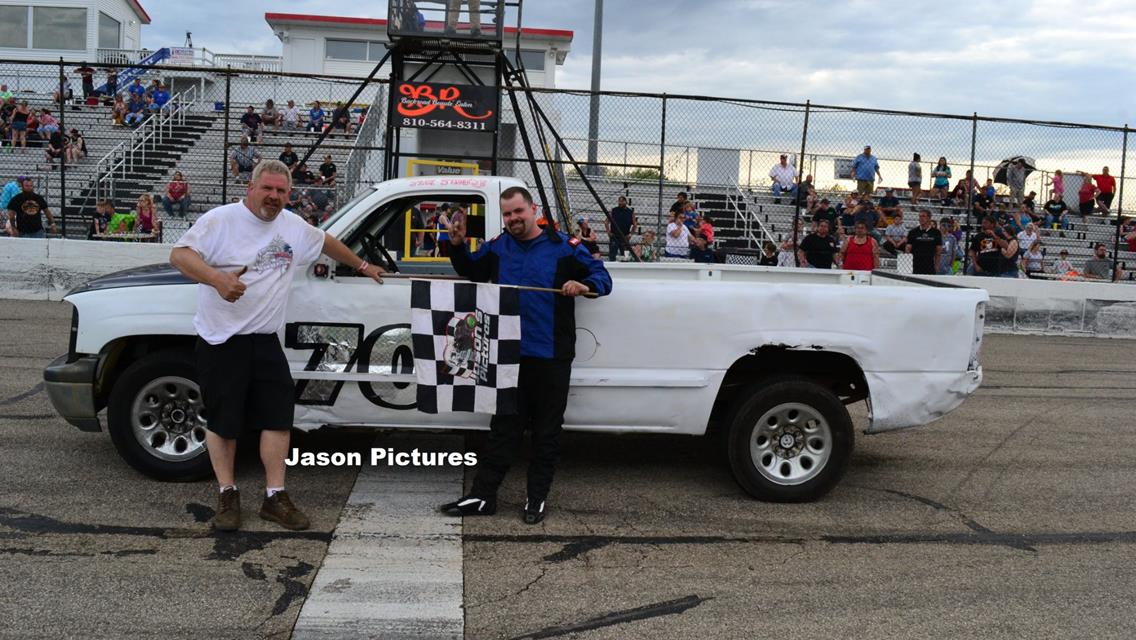